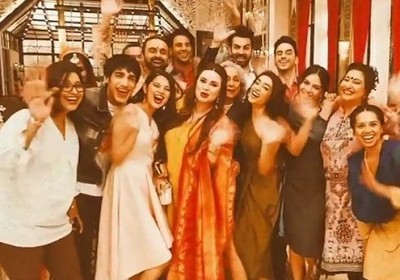 Leaving the fans overwhelmed, the cast shared the last episode glimpse with all cheering faces and smiles.

The show kept a good run in TRP race and won millions of hearts with its unique concept of love story and family drama.

However the show sudden end came out as a big shocker for the fans where fans even started protesting the decision of the channel to extend the show.

The show is finally going off-air by March 14 and the news is breaking the internet.

Karan V Grover and Dipika Kakar along with the Cast and crew celebrated Holi to keep their off-screen relations stronger.

Here we have posted Rohit-Sonakshi and Rastogis, Sippys last family pose with all happy faces.

The show is starring Sudhanshu Pandey and Rupali Ganguly in lead roles.