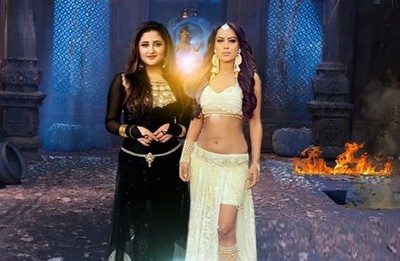 Colors best TV series and supernatural show Naagin 4 has currently became the talk of the town.

One after other the new entries in the show have kept the viewers hooked to the screens.

After Anita Hassanandani’s comeback to Naagin 4, Surbhi Jyoti is also entering the season 4.

The duos actress worked together in Naagin 3 where they made their entry in Naagin 4 with some mystery.

In the meantime, Bigg Boss 13 contestant Rashmi Desai is also roped in the show.

Rashmi Desai is playing the character role of Dev’s wife Shalaka after one year leap in the story.

Now another actress Dipika Kakar is also making her entry in Naagin 4.

Dipika Kakar’s character is holding a mystery of the Tilasmi temple which is related to Brinda.

However since the news of Kahaan Hum Kahaan Tum actress Dipika Kakar entering Naagin 4 has come, the internet is breaking with celebration of Dipika’s fans.