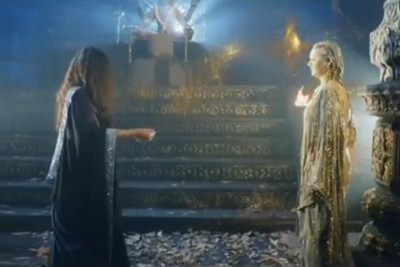 Thriller story is lined up in the popular TV series Naagin 4 where actress Rashmi Desai is making her Naagin entry.

The twist in the story is that the person who is behind Shalaka’s (Rashmi Desai) entry is none other than evil Naagin Vishaka.

After Dev and Brinda get separated, Vish finally gets the naagmani.

Vish thus gives a new life to Naagin Shalaka who is standing as a statue since years.

Vish uses naagmani to free Shalaka and thus brings her in Dev’s life with a motive.

Brinda to return for naagmani

On one side, Vish gets Dev married to Shalaka,

Here Brinda will also be returning after one year.

Let’s see how Brinda will face the two new enemies, Vish and Shalaka.