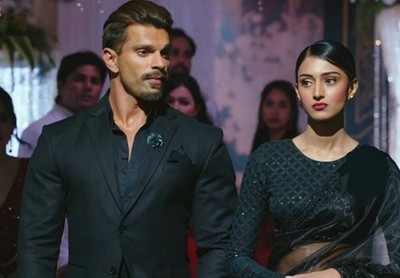 Hindi Serial Kasauti Zindagi Ki 2 is seeing exciting track where Prerna is back from death to take her revenge on Komolika and Anurag.

Where eight years ago, Anurag killed Prerna and accepted Komolika as wife,

Prerna announced dead for everyone but Bajaj saved her life.

Things have now changed drastically where Komolika is controlling Anurag and Basu family.

Adding more twist in the tale, the Basus announce a party where suddenly out of the blue, a drastic storm comes.

Meanwhile when Komolika compels the servant to switch on the center light as the power goes off,

The limelight on Bajaj and Prerna has shaken everyone to hell while Komolika goes speechless.

Let’s see how Prerna will take her revenge destroying Anurag and Komolika.

Stay up to date with entertainment news website Serialgossip.com

Bajaj and Anurag's major face off in Basu house behind back ...

Kasauti Zindagi Ki 2: Big task for Anurag to keep Prerna away from Komolika