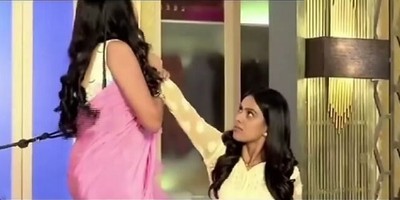 Colors Naagin 4 top TV Serial is once again in race to see a high time in the storyline.

Brinda is back in Dev’s life but alongside this, Dev is married to Shalaka.

Brinda and Shalaka soon have a face off where Shalaka reminds Brinda that she is Dev’s wife while angry Brinda grabs Shalaka’s neck and throws her away.

The sautan drama has begun in Dev’s life where we can’t wait for more thrill in the story.

On one side, revengeful Brinda is up to make Dev’s life equal to hell.

Meanwhile Shalaka wants to destroy Brinda and snatch her everything.

Let’s see how this sautan twist will bring more drama and suspense in the story.

Naagin 4: Shalaka makes Dev dance on her tunes to plot against Brinda

Shalaka makes Dev dance on her tunes to plot against Brinda ...