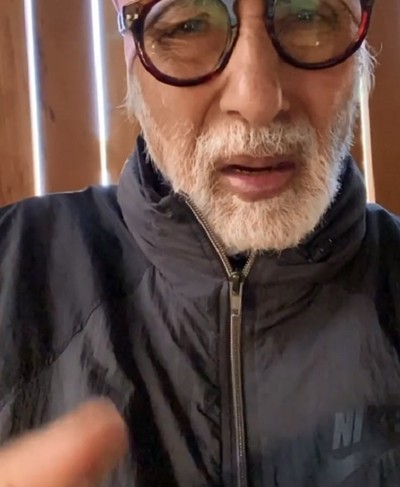 Where adding the caption he writes, 'I don’t know why it hurts when we bite our tongue mistakenly. But it didn’t hurt when we bite it intentionally, And I still don’t understand why you are biting your tongue now!!!'

Amitabh Bachchan while putting such hilarious caption into his slow motion video asking HOW* is driving fans crazy.

Amitabh Bachchan stays active on his Instagram where he always tries to cheer up his fans by posting hilarious captions in his posts.

The movie trailer is launched where the comedy hindi film Gulabo Sitabo has already made everyone excited for the film.

The movie is set in Lucknow of Uttar Pradesh.

Amitabh Bachchan's beautiful message on how to preserve relations