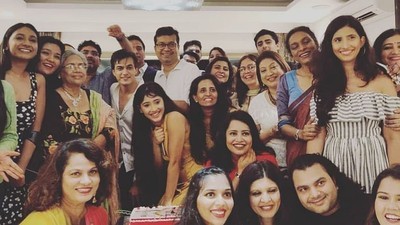 Yeh Rishta Kya Kehlata Hai is one the most popular and lovable show of Star Plus casting Mohsin Khan and Shivangi Joshni as main.

But due to Pandemic, everything is on halt and shootings of all shows were paused.

Yeh Rishta Kya Kehlata Hai’s producer Rajan Shahi talked with their team to resume the shootings again, while he gets shocked getting the response from one of the actor that they will take double payment to resume again.

Rajan Shahi’s statement about this act

However Rajan Shahi also added that, this thing is against the contract where no one can do such thing,

While Rajan Shahni has not revealed the name of the actor but don’t know whether they will replace actor or fulfill their demand.

Don’t you think this is heinous demand witnessing helplessness of this difficult time, but Rajan Shahi added that still they will look after their team

Stay Tuned with serial gossip.com for more exciting updates and upcoming twists in the show.

Hina Khan sings Teri Hai Zami as she prays for people amid N...

Which Hindi TV serial are you missing during lockdown?

Which Hindi TV serial are you missing during lockdown? Star...

YRKKH: How ugliest Dadi stooped so low to abandon Kaira against Kartik Naira