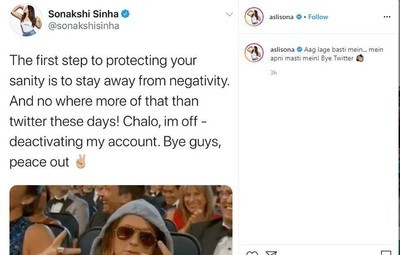 It was seen that Kangana ranaut also exposed the game and propaganda in bollywood where they cast only star kids and other people either they are struggling or not are getting humiliated.

However amid all this netizens are blaming star kids that because of them Sushant Rajput commited suicide,

And posted pic that she wants to keep herself away from all negativity.