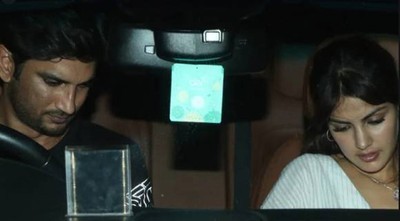 Sushant Singh Rajput and his rumored girlfriend Rhea Chakraborty were in news for dating each other.

Whenever anyone asked them about their relation they just said that they are just friends, but theur outings , dinner dates were enough to leave everyone with the clue that they were more than friends.

However no one revealed what all happned and why Sushant was so depressed amid all this.

Further Rhea confessed that they used to live together in a flat but before Sushant’s death they had some fight but still they were in contact with each other.

Rhea Chakraborty also showed texts and images to police and gave statement about their fight but did not give any clue that, fight was reason for suicide.