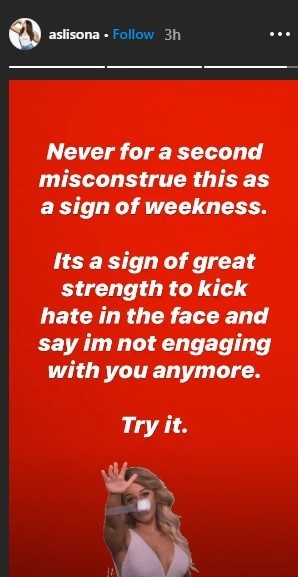 While people over social media are unfollowing star kids so that he can boycott bolywood and star kids movies.

Again Sonakshi Sinha posted that she did all this because she wants to ignor negativity don’t assume it as my weakness.

And posted pic that she wants to keep herself away from all social media negative taunts.