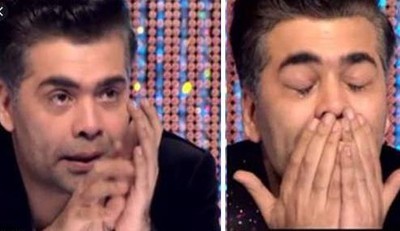 Karan Johar resigns from MAMI, upset with allegations and opposition from INDUSTRY

It was seen that karan Johar was facing major criticism because of nepotism and all this happened post Sushant Singh Rajput’s death.

Where everyone is just blaming Karan Jihar as responsible for his death, and his support for nepo kids and nepotism is on higher peak.

However amid all this as per recent resources its is heard that Karan Johar resigned from  MAMI (Mumbai Academy of Moving Image).

Karan Johar is upset with all opposition from nepo kids

While at this time, it is heard that Karan Johar is upset with his friends and star kids from industry as he got no support over the nepotism allegations as he did all this for Star Kids and no one supported him.

Not only this, Karan Johar also unfollowed many celebrities and decided to keep himself away from all, its all clear that crack amid them is now increasing.