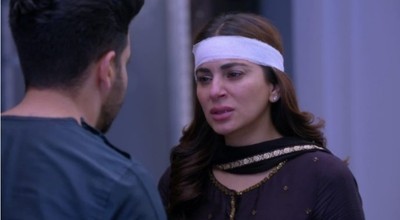 It was seen that Sherlin confessed entire truth to Mahira where making Mahira realize that Preeta is not good for their family and Karan.

Amid all this Mahira made plan where she convinced everyone that Prreta is real kidnapper where she did everything to get Mahira and Karan separated.

Preeta shocked getting all allegations

On asking the goon about their boss, he fingered over Preeta that she is boss and she told to kidnap Rishabh and Karan, Mahira also added the fuel.

While Preeta is not ready to accept all allegations, what is much amazing is that Karan supports Preeta saying that she cant do this.

It would be interesting to see what wil happen next in the show.