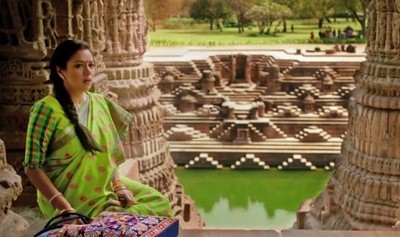 The current episode starts with Anupama gets worried checking Parul’s calls while Samar asks to drop her to school but Anupama denies.

Anupama asks him to stay with Vanraj that Anupama takes auto and leaves for school.

Parul is upset that Anupama didn’t arrive while Pavandeep says her phone is switched off.

Vanraj is angry saying Anupama doesn’t care for his work and job while Kavya calms him.

Kavya reminds him that job is job and everyone has to be on their job on time and she is here with him.

Vanraj says Anupama is the best cook in the world that furious Kavya says she should have learnt cooking instead of doing MBA.

Vanraj asks her not to take matter seriously while he takes laddoos saying his wife makes the best laddoos.

Anupama reaches school and justifies Parul that she got late because she had guests at home.

Parul regrets for giving a chance to a housewife and she is angry at herself. Parul questions Anupama and confronts her for getting them insulted and she broke her trust.

Anupama is shell shocked where Parul asks for her ID card as now she has no right to keep the card.

Parul leaves while Anupama is shattered down crying tears of pain and helplessness.

Anupama with heavy heart and tears in eyes leaves the school.

Vanraj and Kavya argue where after the argument gets heated, Kavya leaves.

Anupama visits to the fort and calls Vanraj where Vanraj asks her to hurry about what she has to say.

Anupama asks for permission as she wants to visit her mother. Vanraj permits her saying if this is something to ask.

Nihaal is excited saying Anupama will send him new camera where Anupama arrives.

Anupama meets her family where Anupama sees her ghungroos.

Anupama is upset while here Vanraj recalls Kavya’s words. Then only Paritosh comes.

Vanraj asks Paritosh about what special thing he wants to discuss or if it is about Kinjal.

Paritosh tells Vanraj that he met Kinjal’s family and now they are visiting them today.

Vanraj tells Paritosh that he will talk to Kavya but he can’t promise him while he asks Paritosh to not let the marriage harm the career.

Paritosh excitedly reminds Vanraj that he is going to be Sasur while Vanraj reminds him that he looks like his elder brother.

Paritosh and Vanraj share lovely time when Paritosh says I Love You Dad while Vanraj too repeats the same.

Vanraj thinks he will have to convince Kavya as Anupama can’t handle Kinjal’s family.

Vanraj and Paritosh planning against Anupama

Paritosh is worried that Kinjal’s family may meet Anupama while here Samar worries for Anupama.

Anupama completes the dance and cries that she falls in her mother’s lap.

Anupama breaks down in tears. Anupama cries and cries heavy heartedly while hugging her mother, she reveals she lost her job.

Anupama regrets she couldn’t manage for even two days.

Anupama wanted to be proud of herself, it was her dream but her dream broke.

Anupama badly cries where her family and mother too cry.

Vanraj tells Kavya that Paritosh wants her to be there while Samar calls Anupama back to home.