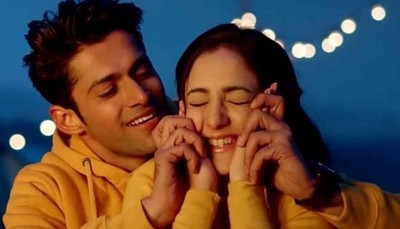 It was earlier seen that Shravan and Suman’s nokh jhok drama continues.

To impress Shravan, Suman goes to meet him and drink tea with him.

Shravan and Suman spend some quality time together.

Later Kanchan comes to know that Shravan is allergic to mushroom.

But she purposely makes noodles for him with mushroom and sends Suman with the same.

Suman takes the noodles for Shravan where Shravan sees the mushroom but still instead of denying to eat, he eats the same as it is bought by Suman.

Later Shravan gets troubled due to his allergy problem.

Will Suman understand Shravan did all this due to his love for her?