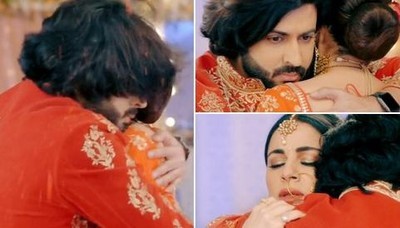 It was earlier seen that Preeta takes Mahira’s disguise and gets married to Karan.

Preeta takes Saath Phere with Karan and wishes that this marriage lasts for seven births.

On the other side Shrishti is also happy with this new development.

Further Karan is unaware that Preeta is the bride and wishes to marry Preeta instead of Mahira.

Karan happy to see bride Peeta as his wife

Surprisingly at the end when Karan comes to know that he married Preeta, he heaves a sigh of relief and hugs her tight.

Viewers will get to witness the most awaited Sajda moment between Karan and Preeta.

Kundali Bhagya: Karan hugs his real bride Preeta fills in sindoor against everyone