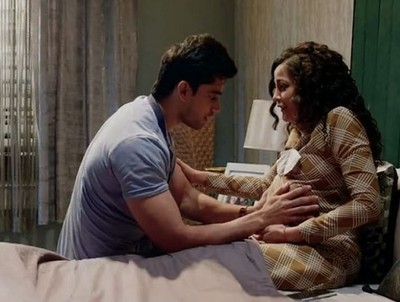 Abeer and Mishti are happy for their coming baby who is taking birth in Kuhu’s womb.

Yet, it seems Kuhu is not ready to give away the child to Abeer and Mishti even when she is the surrogate mother.

Kuhu is not only making Mishti’s life miserable but she is also trying her every possible effort to insult Mishti.

Soon her obsession for the baby is getting so bad that she even threats to never give the child to Mishti.

What will happen next in YRHPK is more heartbreaking for Mishti and Abeer.

When Abeer wants to make Mishti feel special, Kuhu bursts out her anger on Mishti and curses her again.

Will Kuhu ever think of Abeer and Mishti's happiness or she will continue to make their lives hell?