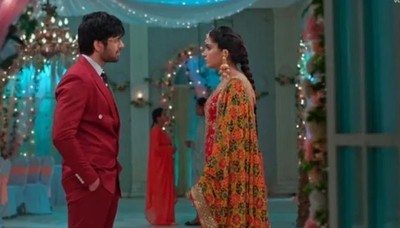 It was earlier seen that Manav makes a strong comeback as Surya Diwan’s son Vikram Diwan.

Manav’s entry created a lot of confusion over his real identity while the mystery is now cleared that he is Manav only not Vikram.

Manav wants to unfold his real identity to everyone that he is Manav aka Meher’s Manav.

Surya reveals that he had lost his real son Vikram in an accident.

Surya lost his son and he could not reveal this news to his wife Seema.

Hence to save Seema, Surya introduced Manav as Vikram who had never seen Vikram.

Surya further begs before Manav to keep his identity a secret for sake of Seema’s motherly love.

Manav decides to live as Vikram Diwan as he a got a new family to live with.

Stay tuned to serialgossip.com for more updates on Choti Sardarni.

Choti Sardarni: Meher shocked to know Vikram is her past love Manav

Avinesh Rekhi surprising revelation on a new twist in Sarabj...