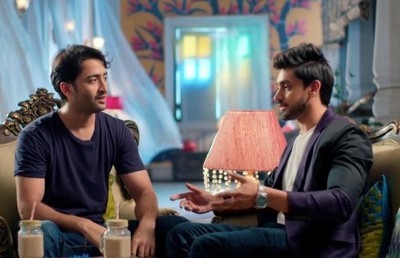 Abeer and Kunal leaves the leave for a business trip to sign a deal.

On the other side Kuhu begins her drama with Mishti to trap her once again.

Kuhu pretends a drama of craving for butterscotch ice-cream where Mishti agrees to get the same from the shop.

Mishti runs to brings the ice cream where Kuhu steals her phone and keeps at home.

Kuhu calls Kunal back home and pretends a drama to be alone and scared.

Mishti is missing where Kuhu reveals to Abeer Kunal that Mishti is gone to friends house.

Kunal bursts out his anger on absent Mishti where later Abeer comes to know that Mishti went to get ice cream for Kuhu.

Abeer confronts Kuhu over the truth where once again Kunal feels irked with Abeer’s confrontation.

It would be really interesting to see how Abeer puts an end to Kuhu’s tantrums.