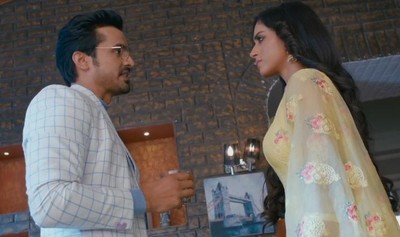 Rudraksh is left broken post his rockstar image is destroyed.

Also in school his classmates tease him calling him as fakestar.

Prisha cannot see Rudraksh’s humiliation and hence she goes to talk to Rahul.

Prisha gets angry at Rahul where she asks him to change for good and stop his revenge drama with Rudraksh.

Rahul and Prisha portray as a team Rudraksh to distrust Prisha

While Rahul thanks Prisha for supporting him all this while and helping him in his plans.

Rahul is going to record some video and show it to Rudraksh in such a way that Rahul and Prisha looks like a team.

Rudraksh will believe Rahul and distrust Prisha ending ties with her.

Rudraksh's (Abrar Qazi) angry man avatar gets into a deadly ...

Yuvraj (Siddharth Shivpuri) gets in action to ruin Rudraksh ...