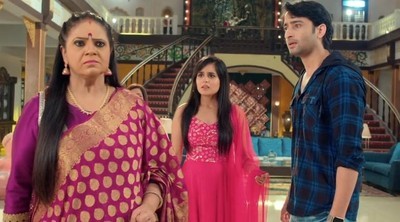 Abeer first and foremost confronts Meenakshi as he very well knows his mother.

Abeer puts allegations on Meenakshi where Meenakshi shifts the entire blame on Kuhu.

While Abeer refuses to believe Kuhu being responsible where he tags Meenakshi as the master mind.

Mishti shocked to know her baby is business deal

Furthermore Mishti gets shocked on facing the harsh reality.

Mishti cannot hold this truth and collapse on realising her baby is just a business deal.