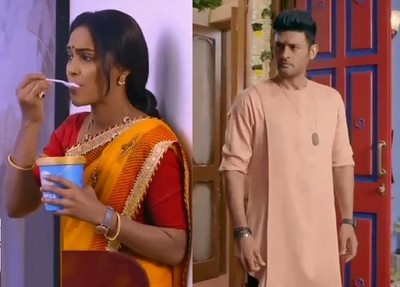 Actress Rati Pandey is replacing Rajashree Thakur in the lead role of Preeti.

KT and Preeti get their new wedding planning project of Mrs Goplani but the evil woman humiliates Preeti over her dark skin complexion.

Now when Preeti feels disgusted and recalls the warning of Goplani to not attend the function or she will cancel the project,

Preeti takes extreme of eating too much ice-cream and then lies to KT about her lost voice.

KT trusts Preeti but the twist in the story comes when KT reaches Kusum’s house and hears Preeti talking.

KT gets angry for Preeti lied to him and now the situation will badly deteriorate.

Preeti cannot expose the truth or Goplani will snatch their project and thus she again lies to KT.

Let's see if Preeti's such lie will worse the situation as KT feels betrayed.