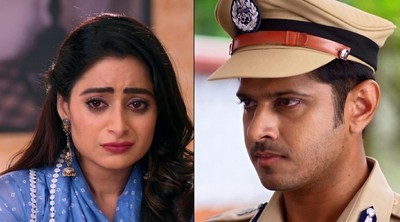 It was earlier seen that Samrat and Pakhi’s marriage gets fixed.

Pakhi loves Virat and Virat too loves Pakhi but their confession is pending the duo lost contact.

Now as Samrat’s marriage gets fixed he gives the good news to Virat.

Samrat calls up Virat and asks him to be present in his wedding along with his girlfriend.

Virat agrees for the same and texts Pakhi to meet him on his brothers wedding.

Virat thus invites Pakhi for Samrat’s wedding being unaware that Pakhi is getting married to Samrat.

It would be really interesting to see what happens next on the show when Pakhi reads Virat’s message.

Why Virat (Neil Bhatt) to not marry Pakhi (Aishwarya Sharma)...