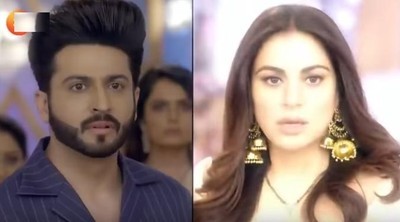 As Ramona blames entire Luthra family and Karan before Police, every one gets tensed.

Preeta does not want Luthra family to fall in any danger.

Further she promises Karan to always support him in tough time.

Karan gets pleased with Preeta's love and care for him.

Preeta reaches Sameer and Shrishti to discuss Mahira's matter and they too agree with Preeta.

Mahira is all well but just posing a drama to get reentry in Karan's life and house.

It would be fascinating to see how Preeta gets rid of this Mahira once again.