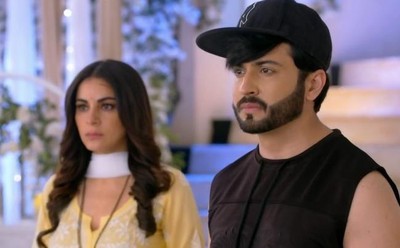 It was earlier seen that Mahira plays her suicide drama extremely well this time.

Mahira does not want to lose once again to Preeta and hence she traps Karan this time.

Mahira begin her melodrama where she acts to not return in Karan's life without his concern.

Mahira collapse to trap Karan well in her game

Further, as Karan decides to rethink Mahira acts to collapse.

Where Karan left with no other option agrees to permit Mahira's stay in his house but just as his casual friend.

Preeta is in fix to kick out Mahira or respect Karan.

It would be fascinating to see how Preeta expose Mahira this time.