Molkki: Will Purvi get love and respect in her unwanted marriage with Virendra (Upcoming Story) 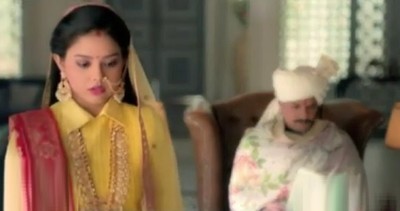 Molkki: Will Purvi (Priyal Mahajan) get love and respect in her unwanted marriage with Virendra (Amar Upadhyay)

Purvi's parents sell her to the reputed rich family where she becomes the bride to Virendra Pratap Singh.

Virendra and Purvi share a very strange relationship inside their marriage.

Virendra reminds Purvi of their namesake marriage and compels her to not even join his name in her name.

Meanwhile, Purvi who had her own dreams for her marital life faces a hard time with Virendra's such confession.

Purvi and his hardships

Molki story is going to revolve around Purvi's life and her hardships in her marital relationship with Virendra.

Even so, Purvi hopes she could bring love in this unwanted marriage.

Let's see how Purvi and Virendra's such namesake relation will progress next in Molki.