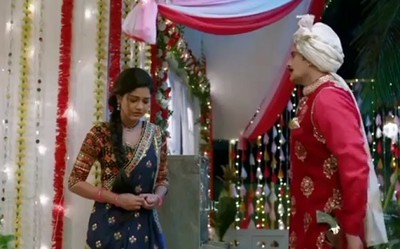 Coincidentally Virendra and Purvi meet each other again in Sudha's wedding.

Virendra and Purvi's destined meeting will turn out ugly this time because Purvi gets to know a shocking truth.

As per the rituals, Sudha is going to become a Molkki bride and this stumbles Purvi.

Purvi compels Sudha to break the wedding while when she explains the truth to Sudha, Virendra hears her.

Purvi and Virendra argue when Virendra defends the ritual of Molkki while Purvi is against it.

The face-off between Virendra and Purvi will soon take an ugly u-turn when Purvi gets blamed for stealing the necklace of Virendra'smother.

Let's see if Virendra will misunderstand Purvi or he will believe in Purvi.