Molkki: Virendra points gun at Purvi not aware of how they will get in unusual relation (Latest Spoilers Alert) 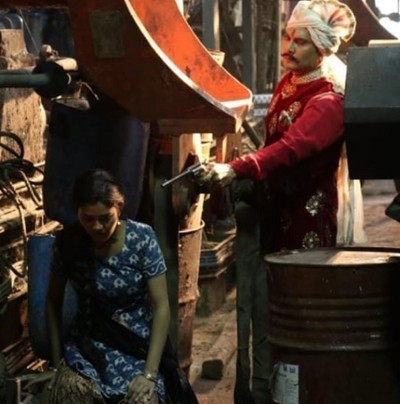 Virendra and Purvi will have their critical face-off when Virendra points the gun at Purvi.

Virendra makes Purvi bend on her knees when he furiously gets his gun and points on Purvi's head.

Virendra Pratap Singh and Purvi's drastic face-off happens while they are entirely unaware of how their customs will eventually bind them in an unusual relationship.

Virendra hailing from a reputed royal family keeps his dignity above all humanity.

Now when Purvi and Virendra's opinions clash and they have a cold war,

Will Virendra and Purvi's unwanted marriage work out,

Stay tuned with serialgossip.com to know the next update.