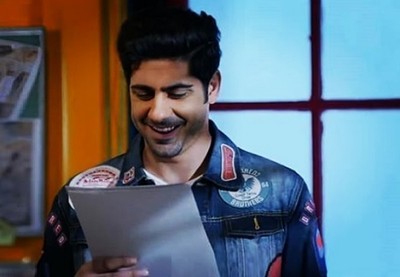 The current episode starts with Chanchal Aryan and Ishani get shocked to know Vansh named his entire property on Dadi's name.

Ishani is still relieved that Ridhima didn't get the property but Chanchal stays angry.

Anupriya, Ridhima and Dadi are preparing some packages for charity as it is Vansh's Tehravi day.

Anupriya gets a letter which Ridhima reads.

The letter says about the kidnapper who kidnapped Kabir but after Anupriya didn't pay him money, he dropped her son in a river.

Anupriya cries when Kabir comes and apologizes the family for their loss.

Kabir is leaving the city when he sees the clothes and rushes to grab them.

Kabir shows his name initial on the shirt and recognizes Anupriya as his mother.

The family stands shocked while Anupriya and Kabir both get emotional and cry bitterly.

Kabir is taking Anupriya with him when Dadi stops them.

Dadi asks Ridhima to take the decision after all she is Vansh's wife.

Anupriya and Kabir hug each other and cry while they smirk and cheers to their smart planning.

Aryan and Ishani leave in anger while Ridhima comes to her room.

Ridhima recalls her conversation with Vansh when Vansh shows his water bottle which Anupriya bought to her in childhood.

Vansh wants to give all rights to his brother aka Anupriya's son and gets emotional before Ridhima.

Flashback ends, Ridhima hopes if Vansh would have been here, he would be happy to find Anupriya's son and his brother.

Aryan and Ishani vent out their anger and think if Kabir somehow knew the story of Anupriya's son and now he came to trick them.

Aryan and Ishani are angry at Ridhima who trusted Kabir so easily and is trying to take Vansh's place even when she doesn't know how to make decisions like Vansh Bhai.

Kabir comes to Ridhima and has an argument because Ridhima doesn't want to see him and blames him for Vansh's death.

Kabir leaves when Ridhima thinks if she did any mistake by letting Kabir stay in the house.

Ridhima thinks to find proof against Anupriya and Kabir that they were together for a long time.

Ridhima finally gets proof when Kabir comes from the back.

Kabir pushes Ridhima in the swimming pool saying he wouldn't mind killing one more person to hide his secrets.

Ridhima gets drowned while Kabir and Anupriya smirk.

This is what Helly Shah aka Ridhima thinks about Rrahul Sudh...