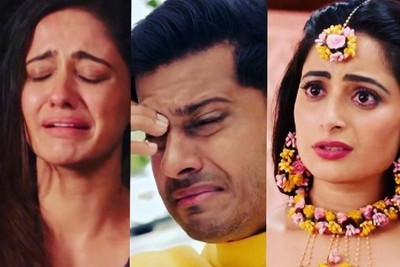 The upcoming episode of Star Plus serial Ghum Hai Kisi Ke Pyaar Mein will showcase a new twist in the series.

Virat had made his exit from Sayi's life and was about to meet Pakhi.

As destiny has planned Virat and Sayi's union, Virat has to return to Sayi to save her life.

Pakhi wants Virat back with her as he has promised to always support her and love her.

Virat is in a major dilemma where he has to choose between Sayi and love Pakhi.

Virat thus seek Ninand's help where he advises him to choose his responsibility over heart.

Virat thus gets a clear picture of his future story and gets ready to marry Sayi to secure her future.

Will Pakhi understand Virat's this big step or will she create new drama?