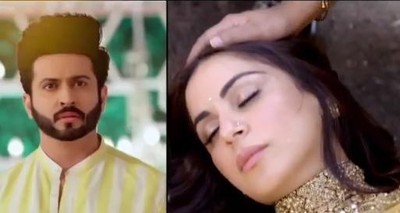 It was earlier seen that Preeta finds solid evidence against Akshay to expose him and save Kritika.

As per the latest promo Preeta is seen challenging Akshay to expose him soon.

On the other side Karan is seen upset with Preeta over her life.

Preeta begs for apology while Karan refuses to forgive her.

Now Preeta is getting evidence and returning home.

Akshay fears of getting exposed and hence he plans Preeta's accident.

Preeta and Shrishti were returning home when a huge truck dash Preeta's rickshaw.

Preeta falls out of the rick and meets with deadly accident.

Karan gets to know about the same and repents his mistake.