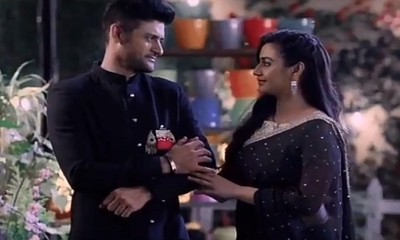 In the upcoming twist of Shaadi Mubarak TV serial, something strange is going to happen in KT and Preeti's life.

Kushala is super happy that KT finally got his true love Preeti.

Preeti feels nervous but gets ready to consummate with KT as their love is undoubtedly true.

KT and Preeti's love is true but something is not right with KT.

Preeti tells KT about her feelings and notes that she is ready to consummate their marriage.

KT agrees with Preeti but before he could step in, KT's conscience stops KT.

KT and his strange feeling

Not only this shocks KT but KT gets demotivated when his conscience calls his love, namesake and fake.

KT's conscience even calls him the world's biggest betrayer.

What will KT do, and how will he face Preeti's love?

Serial Gossip is keeping you updated every minute, so make sure you read all the updates at SERIALGOSSIP.COM