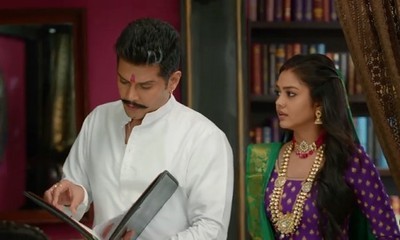 Finally, the story of Molkki TV serial is turning towards a new start of Virendra and Purvi's love life.

Slowly and steadily Virendra and Purvi are realizing love for each other.

The new promo is released and Purvi comes across Virendra.

Purvi meets Virendra's gaze and questioning her identity of Molkki, she asks Virendra to give his wife rights to her.

Purvi wants Virendra to give her right of Juhi and Manas's mother.

Virendra gets in dilemma as he loves his first wife Sakshi but at the same time, he has feelings for Purvi too.

What will be Virendra's decision and will Purvi get her rights,

Serial Gossip is keeping you ahead with latest updates, so make sure you check out the new updates at SERIALGOSSIP.COM