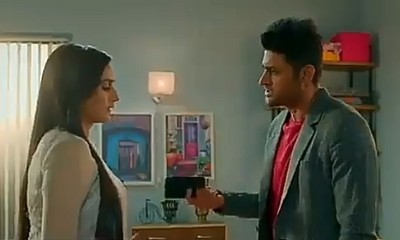 In the latest storyline of Shaadi Mubarak, KT and Preeti will have a major face-off.

The twist in the tale comes when KT and Preeti get Priyanka and Neel married without the family's consent.

KT and Preeti face a huge shocker knowing the huge loss in the family business and to cover which, Kushala was getting Neel married to another girl.

KT and Preeti decide to face the challenge with the help of their Shaadi Mubarak business.

However, there is a twist because Preeti is hiding something from KT.

Preeti and the LCR's connection

While KT and Preeti have a meeting, Preeti gets busy with some LCR named person.

KT gets angry at Preeti and confronts her about the person whose whereabouts and identity she is hiding from him.

Preeti still keeps the secret and shockingly asks KT to not interfere in her life matters.

KT gets in utter confusion with Preeti's such words while Preeti fixes her meeting with the new man of her life.

So, what new twists and turns are coming up next in the show,