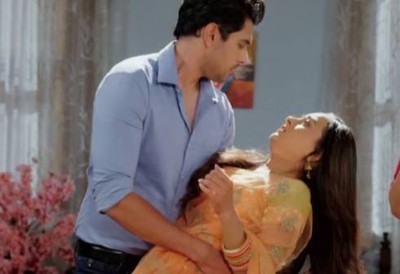 Saath Nibhana Saathiya 2 is Indian tv drama which telecasted on Star Plus, where its upcoming track of the show will bring much drama and suspense in the show.

As per latest track of show Radhika and Kanak joins hand against Gehna where they planned that they will defame Gehna in Anant life.

Not only this Kanak even harmed Gehna so that she cant get into the competition again while Gehna and her support system Anant stands strong.

Anant and Gehna proximity ahead, Radhika fumes with anger

However where further amid competition, Gehna falls down because of her injured foot where Anant gets moved with all this and holds Gehna in his arms.

Eyeing all this, Kanak and Radhika fumes with anger and plans that they will ruin their relationship.

It would be interesting to see what will happen next in the show Saath Nibhana Saathiya.

Saath Nibhana Saathiya 2: Sagar back to haunt Gehna In the ...

Saath Nibhana Saathiya 2: Radhika back in Anant's life but is married