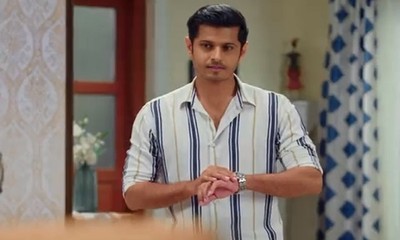 The upcoming episode in Ghum Hai Kisi Ke Pyaar Mein will see a drastic fight between Virat and Sayi soon.

Virat has fallen in love with Sayi but the circumstances have made them against each other.

Virat faces a terrible situation when he finds that Sayi took Devyani to Pulkit.

While Pulkit and Devyani are getting married, here Virat bursts in anger when Bhavani fuels Virat's mind against Sayi.

So, Pakhi also gets a good opportunity to turn Virat against Sayi.

The deteriorating circumstances lead to Virat and Sayi's drastic fight ahead in Pulkit and Devyani's wedding mandap.

Virat and Sayi to part ways

Whatsmore, Virat and Sayi are finally going to part ways from each other on a bitter note.

What will happen next in the show, make sure you check out Serialgossip.com for more updates.