GHKKPM: Virat curses his love to break all ties with Sayi (Upcoming Twist) 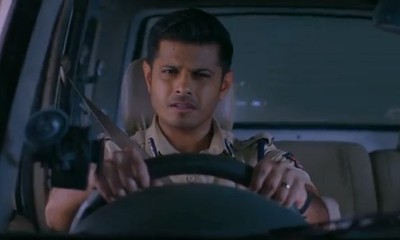 The upcoming twist in Ghum Hai Kisi Ke Pyaar Mein will see Virat and Sayi's break up like never before.

The upcoming teary separation of Virat and Sayi is one of the biggest twists in GHKKPM yet now.

When Virat arrives at the wedding venue, Virat gets a huge shocker seeing Pulkit and Devyani's wedding.

Just before Pulkit and Devyani could complete their wedding rounds, Virat comes.

Sayi stops Virat along the way and compels him to step back for the happiness of his Devyani Taayi.

Sayi manages to get Devyani and Pulkit married but this marriage brings no good to Sayi and Virat's marriage relationship.

Virat curses his love and regrets loving Sayi after what Sayi did and how she broke his trust.

Virat is deeply hurt by Sayi's such step while Sayi doesn't say anything in her defence because she very well knows that she hurt Virat.

Sayi stands silent when Virat gets so furious that he tells Sayi that he is breaking all his ties with her today and forever.

Will Virat ever come to know the truth?