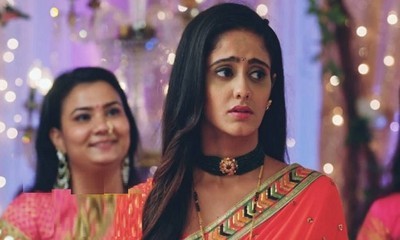 With Sayi secretly getting Pulkit and Devyani married, here Virat loses his trust in Sayi and feels disappointed with Sayi’s such step.

Virat is super angry at Sayi for getting Pulkit and Devyani married when Pakhi adds fuel in his anger.

Pakhi even burns Sangeeta’s letter in lieu to not leave any proof for Sayi.

When Pulkit and Devyani successfully get married, the situation worsens for Sayi.

Though it is illegal to get a mental patient married without parent’s permission, Virat turns to arrest Say on serious charges.

Pakhi’s plan to create a ruckus in Virat and Sayi’s life succeeds.

Pakhi gives an evil laugh as Virat handcuffs Sayi and brings her to the Chavan house only to give her a dire punishment for what she did.