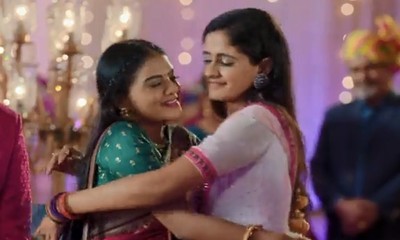 So far it is seen that how Sayi secretly gets Pulkit and Devyani married.

Virat and his Police confront Pulkit for marrying a mentally unstable woman without the permission of her parents.

Virat applies some serious charges on Sayi for eloping a girl and getting her married illegally.

Poor Sayi doesn’t have anything in her defence and thus agrees to Virat.

At the same time, Sayi doesn’t reveal anything about Pulkit’s kidnapping because she has no proof nor she wants Virat to hate his family.

So, amid these deteriorating circumstances, Bhavani is on cloud nine.

Sayi and Virat on loggerheads

The upcoming story will see Virat and Sayi coming on the loggerheads on a drastic note.

Will Virat ever come to know the truth?