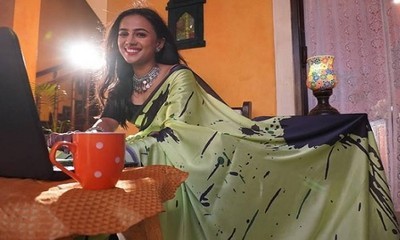 Interestingly, Pallavi hires Keerti as the new model for DSE.

Pallavi is trying her best to save her Deshmukh Saree Emporium wherein she wants a model and Keerti fits in the shoe.

When Pallavi and Keerti come together to work on the project but it seems Pallavi's major step costs her.

Raghav and Pallavi at odds

Apparently, Raghav and Pallavi get on the loggerheads because when Keerti and Amma get arrested, the blame comes on Pallavi.

Raghav and Pallavi's enmity is shaping up into a drastic scenario.

So, how Raghav will make Pallavi's life hell and how Pallavi will backfire him?

Make sure you check out Serialgossip.com for more updates.