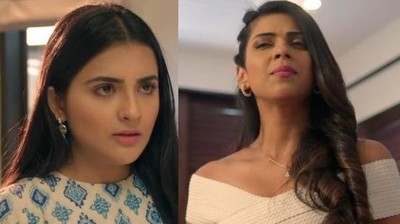 It was earlier seen that Shaurya and Anokhi get separated due to Shagun where Devi declares her engagement.

Anokhi feels heartbroken and get away from Shaurya's life.

However Shaurya meets with deadly accident when Anokhi cannot stop herself and runs to meet Shaurya.

Here Anokhi seeing Shaurya in deadly unconscious state confesses her love for him.

At the nick of time Shagun enters and unfolds the real reason behind her break up with Shaurya.

Anokhi shocked to know Shaurya Shagun's break up past

Shagun unfolds that Shaurya had asked her to choose between her career or Shaurya.

Shaurya's mindset was bad earlier but now he is a changed man.