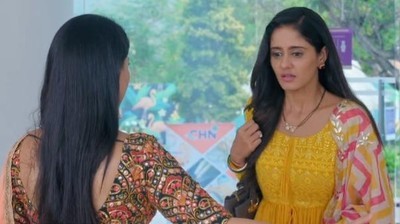 It was earlier seen that Virat gets shot where he is much critical and loses consciousness.

Sayi and Pakhi gets the dreadful news when Pakhi rushes to hospital with family members.

On the other side Sayi does not know where is Virat but she seeks help from DCP who informs Sayi about Virat's whereabouts.

Shockingly Pakhi blocks Sayi and does not permit Sayi to see Virat.

Pakhi does not move and let Sayi go in who gets supported by Ninad and Omkar as always.

Sayi also decides to not go away till Virat calls her in.