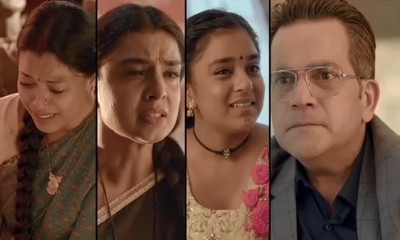 The upcoming episode story of Star Plus TV serial Imlie will see Malini finally coming to know the truth.

Malini doesn't want to see Imlie's sufferings more and thus she decides to give Imlie's happiness back to her.

Imlie and Malini have a major confrontation when Malini calls Imlie and apologizes for snatching her happiness and her rights.

While Imlie gets shocked hearing Meethi's voice on the call, Malini promises Imlie that she will change everything.

Malini's return with the truth will not only unite Aditya and Imlie but also she will unite Imlie with her father Dev.

So how intriguingly the story of Imlie TV serial will change with Malini's one step,

Stay tuned to read the next big twist at SerialGossip.com