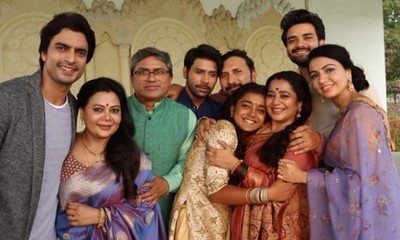 A major twist is about to happen next in the upcoming episode of Star Plus TV serial Imlie.

Finally, when the truth gets revealed to Malini, Malini takes the decision of giving Imlie's happiness and her rights back to her.

Malini calls Imlie and gives a promise to her that she is coming to give her happiness back to her.

However, just before the call could disconnect, Imlie hears Meethi's voice and gets shocked realizing Malini visited Pagdandiya.

Finally, Imlie realizes that whatever Malini told about her and Kunal's relationship is fake and baseless.

While Imlie doesn't want to snatch Aditya from Malini by ruining her life,

Imlie reveals everything to Aditya.

Aditya also gets shocked realizing Malini lied to him and is actually not in any love relationship with Kunal.

At the same time, major trouble hits Malini in Pagdandiya just before she decides to leave for the home.

Who will turn Malini's savior and what will be Aditya and Imlie's next step,

To know more, make sure to check out the next big twist at SerialGossip.com