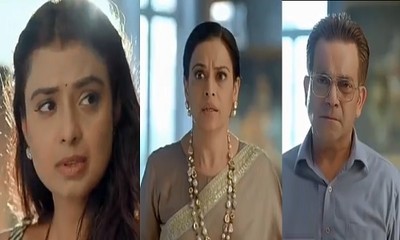 Star Plus TV serial Imlie is finally going to see some major revelations in the upcoming episode that will change everyone's life.

Thus, Malini gives a promise to Meethi that she will do everything for Imlie's happiness.

As soon as Malini returns to Chaturvedi's house and Dev confronts her about the trip, finally, she reveals about her Pagdandiya trip and how she met Meethi.

What hits Dev hard is when Malini reveals that she is aware of his and Imlie's relationship.

Poor Anu breaks down in tears and slips in shock as she refuses to believe it.

The truth is finally revealed and Malini is ready to sacrifice her happiness for Imlie.

How intriguingly, the story of Imlie TV serial will progress ahead,

To know more, stay tuned with us at SerialGossip.com