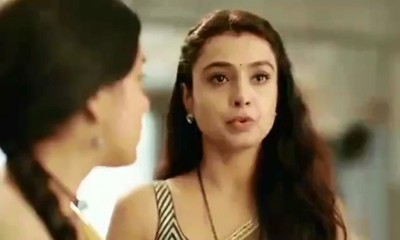 As per the ongoing storyline, Malini decides to unite Aditya and Imlie's marital relationship and step back from their lives.

Just when Malini reaches Tripathi house and meets them, she shockingly confesses her love relationship with Kunal.

Malini not only confesses her extramarital affair with Kunal but also confesses that she was never happy with Aditya.

Further in the storyline, when Malini stepped out of Aditya and Imlie's love life only to unite them,

Imlie is deeply hurt by her huge sacrifice.

Eventually, will Malini's major step unit Aditya to Imlie or things will badly fall between them as Imlie isn't ready to agree with Malini's sacrifice.

Imlie: Dev pleaded forth Imlie to call him Baba dejected by Malini

Imlie: Anu’s change of heart to unite Imlie with Aditya

Imlie: Anu’s change of heart to unite Imlie with Adity...