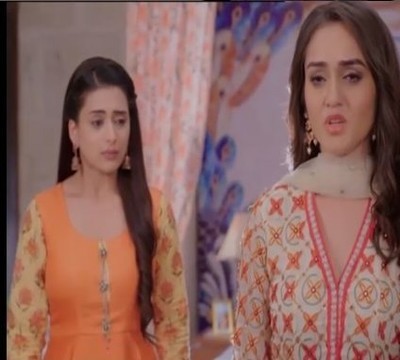 Sasural Simar Ka 2 is Indian tv drama which telecasted on Star Plus, where its upcoming track of the show will bring much drama in Simar and Aarav life.

Reema is already suspicious toward Choti Simar where later eyeing Simar and Aarav picture in pool Reema fumes with anger.

It was seen that how Reema gets doubtful against Choti Simar where she slapped her hardly and wanted her to stay away from Aarav.

Gitanjali did not like dance and sangeet at all where eyeing Simar dancing Gitanjali gets hell furious and later decided to break Aarav and Reema marriage forever.

And this drama added fuel to Reema pain where Reema again started yelling at Simar and Thia ll drama is going to be separation twist for Reema and Aarav.

It would be interesting one to see how Reema and Simar will manage this situation.