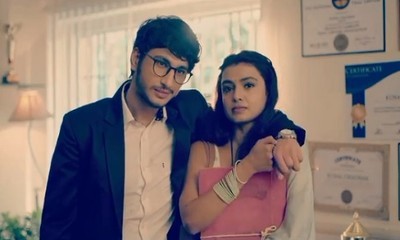 In the upcoming episode of Imlie TV serial, Aditya and Imlie finally get to meet Kunal, whom Malini introduces as her boyfriend.

Kunal is completely stranger to Malini but to fool Aditya and Imlie, he agrees with Malini.

Interestingly, he also turns out Satyakam’s lawyer and this news shakes Malini to the core.

Malini realizes that if he will take Satyakam’s case then Imlie will surely make him split her lie.

Malini thus requests Kunal to drop the case and she will pay him full fees but Kunal denies as he truly supports Satyakam and wants to prove him innocent.

When Malini insists but Kunal refuses, Kunal grabs Malini’s hand and asks for his file.

The moment between them gets little cozier yet quirky as Malini warns Kunal to not cross the limit.

Poor Malini trapped Kunal in her fake life but now the situation is deteriorating.

So, how Kunal and Malini’s nok-jhok will turn into love and how Malini just to keep her lie before Aditya Imlie will get closer to Kunal,

A lot is about to happen in the upcoming story.

Imlie: Kunal is Satyakam’s lawyer Malini life to spice up

Imlie: Aditya plans a romantic night to propose Imlie The b...