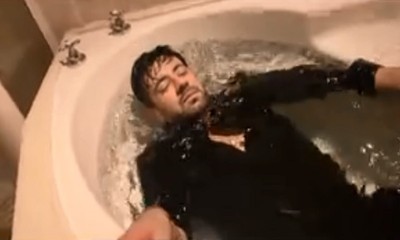 Anokhi faces a hard time in Shaurya's absence when Tez and Alok hand over her the rustication letter.

Even so, Anokhi takes a strong stand for herself and tears off the rustication letter on Tez's face.

However, nothing comes in her favor because Tez crosses the line blackmailing Anokhi that if she doesn't leave Shaurya then he will ruin Shaurya.

Anokhi stands still in shock when Tez compels that he will not only oust Shaurya from SIAC, his house, and his family, but he will also oust him from the Sabherwal property.

This hits Anokhi so hard that she decides to not create any problems for Shaurya but instead walks out of his life.

Unfortunately, when Shaurya finds this he slips into shock realizing he lost his Anokhi, his love.

What comes more shocking is that the heartbroken Shaurya drowns himself in the bathtub and attempts suicide.

Will Anokhi save Shaurya?

While Anokhi has decided to move out of Shaurya's life to protect his life,

Will Anokhi save Shaurya's life before it gets too late?

Shaurya Aur Anokhi Ki Kahani: Anokhi determines to get both ...