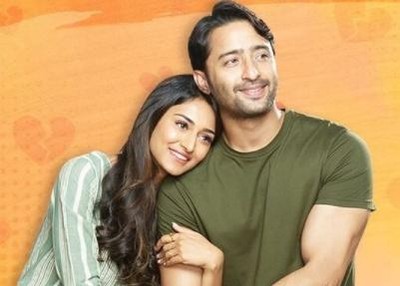 Dev and Sonakshi are a unique couple while they really stand out from typical married ones.

Their on-screen chemistry is unmissable and its worthy to watch them onscreen together.

Dev lost his father when he was too young and he has seen his mother Ishwari taking care of him who fulfilled each and every wish.

Dev respects mother Ishwari a lot where he has never gone against her.

Dev has always played a role reversal for Ishwari to take care of her deteriorating health.

This season will pick up from where the second season concluded.

As per the latest promo we have seen the differences between Dev and Sonakshi where their old love and spark seems to be missing but still, there is something which makes us curious to know whats the future story of the duo and what's the reason behind the same.

Shaheer Sheikh, Erica Fernandes and Supriya Pilgaonkar are reprising their roles for the third season.

They have beautifully essayed their parts in the first two season and continues to do the same in future episodes too.

Be it the first two season of the show or their other shows like "Ishq Mein Marjawan" 1 and 2, "Ek Veer Ki Ardaas... Veera", "Sadda Haq", "Rang Badalti Odhani", to name a few, Yash and Mamta along with their team have given shows which have always left an impact on the audience.

Whichever genre they have picked, their shows have always turned out to be a masterpiece.