Anupama: Vanraj turns his back on Kavya to choose Anupama (Latest News) 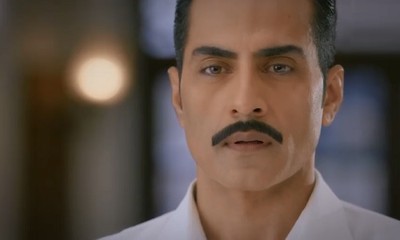 In the daily soap opera Anupama, Vanraj and Anupama’s equations are going to mend.

Earlier it is seen that how both Vanraj and Kavya lose their jobs.

Anupama pacifies them but Kavya blames her for everything.

In the meanwhile, Anupama comes forth with a new idea for Vanraj as she doesn’t want him to face a mental breakdown again.

Thus, Anupama invites Vanraj to open his café in her Dance Academy and this excites enthusiasm in Vanraj.

What is interesting is that Kavya is also preparing to find a good job for her and Vanraj.

However, as soon as she comes to know that Vanraj is opening a café in Anupama’s academy, the ground slips under her feet.

Kavya doesn't get happy for Vanraj's new venture but she instead questions him for returning back to his Ex-Wife.

Vanraj still don't care and instead he turns his back on her and chooses to work with Anupama.

How this new business partnership will flourish, we don’t want you to miss this.